Oh, and I guess you can follow me on tumblr or whatever since I don't really update LJ anymore.

It seems to be quasi-obligatory for every Catholic blogger to express annoyance with blond-and-blue-eyed depictions of Christ at some point. But I can't quite manage to be bothered by it.

I mean, yes, we all know Jesus probably didn't look like this: 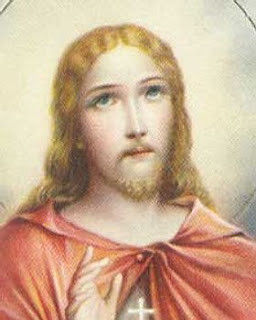 But I don't think He much resembled any of these, either: 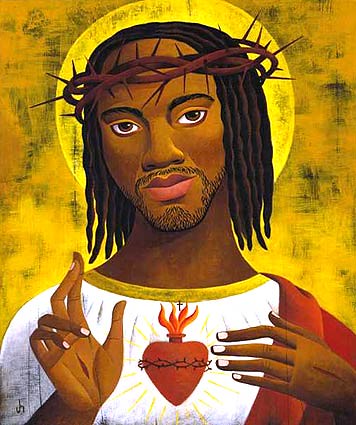 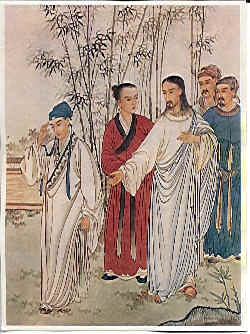 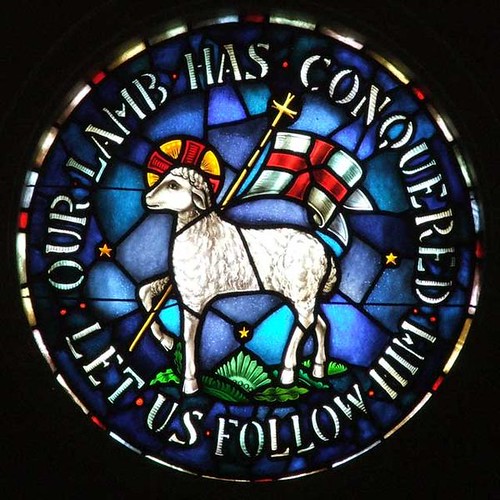 Art is not literal. Let it go, people.

Overall, while perhaps not quite as good as some of its predecessors in the Marvel Live-Action Universe, The Avengers was good entertainment. I walked away satisfied, and while I'm not rushing out to buy another movie ticket, I look forward to watching it again on DVD.

How are the members of the United Republic Council chosen? Are they elected? Appointed? If so, by whom? Do they serve for life or are there term limits? If so, what are they?

The fact that there is one council member for each nation is also problematic. We know that there is still a Fire Lord, so the Fire Nation (and presumably the Earth Kingdom and Water Tribes) still exist as individual, self-governing countries. The United Republic of Nations is therefore a separate country with its own citizens. Are these citizens still legally classed by their ethnic origin, the way the council members are?

What about people from mixed families? Mako and Bolin for example - would they be classed based on patrilineality, or based on their bending, or simply as mixed? Are mixed-heritage non-benders classified differently? Or are non-benders considered a separate class altogether? Could someone with mixed heritage serve on the council? Which nation would they represent? What about non-benders? All the current council members are benders - is this by legal requirement, or because of more insidious discrimination against non-benders, or is it mere chance?

Representation is also clearly disproportionate - the Air Nation is tiny compared to the numbers of Earth Kingdom, Fire Nation and Water Tribe citizens, but the latter do not have more representation on the council. Does anyone consider this problematic? What about the fact that the Northern and Southern Water Tribes each have their own council representative? Wouldn't the other nations feel that the Water Tribes were over-represented (especially if they constitute a smaller portion of the general population than Earth Kingdom and Fire Nation, which is a possibility, at least in Republic City, given that it's a former Fire Nation colony in former Earth Kingdom territory)?

What about the police force? Are the metalbending police merely one element of the force, or do all cops have to be metalbenders? Wouldn't this effectively create a law enforcement caste? Who were the other members of Tarrlok's task force? Were they recruited from among non-metalbending police? Or does the United Republic have a standing army? Is the army exclusive to benders?

So far we've heard lots of talk from the Equalists about benders oppressing non-benders, but haven't seen any concrete evidence of this. It's possible that bending is simply such a lucrative skill that non-benders have a much harder time climbing the socio-economic ladder, but I also wouldn't be surprised if we found out that non-benders were explicitly excluded from many elite positions. (It also wouldn't surprise me if the all-bender law enforcement turned out to be corrupt and turning a blind eye to bending organized crime in exchange for kickbacks.) Though this does raise the question of how this situation arose.

The United Republic was founded by Aang and Zuko to help restore peace after the war, so at first glance it seems unlikely that they would have instituted such blatant discrimination, or even allowed it to take root. I could, however, see this being the case - perhaps they felt that allowing benders to exclude non-benders was the lesser of two evils if it was the only way to prevent their pet project from failing, the way many of America's founding fathers felt about slavery.

Then there's the question of how exactly Amon plans to rid the world of bending permanently. We know that non-benders can have bending children, and presumably taking a person's bending away would not prohibit them from passing it on to the next generation. Even if Amon could take away the bending of everyone currently alive, new benders would still be born. Does he plan to just keep using energybending forever? That's not very feasible. Even doing it to one generation would be difficult, as Amon is just one man and can't possibly personally neutralize every bender in the world. And even if he were able to teach his followers to energybend as well, benders would very quickly figure out how to hide their bending and form an underground resistance of their own.

All of this, combined with Amon's ability to energybend being revealed way too early for it to be his ultimate weapon, leads me to believe that Amon's got something much bigger up his sleeve. We know that killing the Avatar while they're in the Avatar State will end the cycle of reincarnation. Is it possible that this would also prevent anyone from bending, the way the destruction of the moon spirit prevented waterbending?

In case it's not obvious (it isn't), all my A:tLA fan fiction is set in the same quasi-AU.

Our Lady, resplendent in glory - and in sorrow.

In the Desert by ~Bookwrm17 on deviantART

And of course while on this hike I wound up getting sick from dehydration.

The literal and metaphorical deserts have been ganging up on me.
Collapse